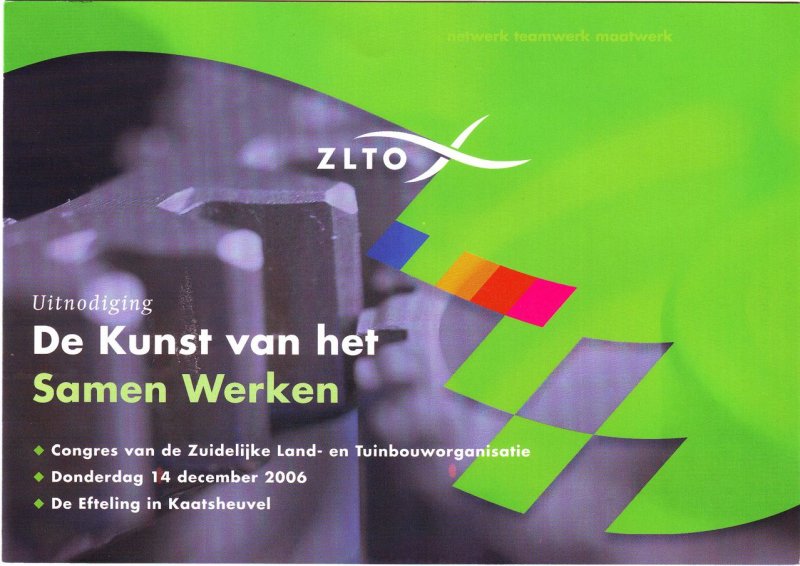 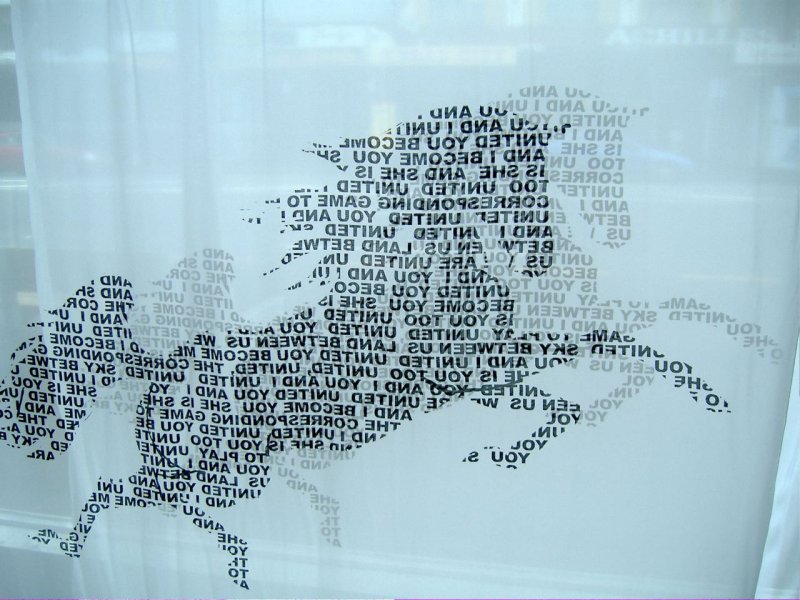 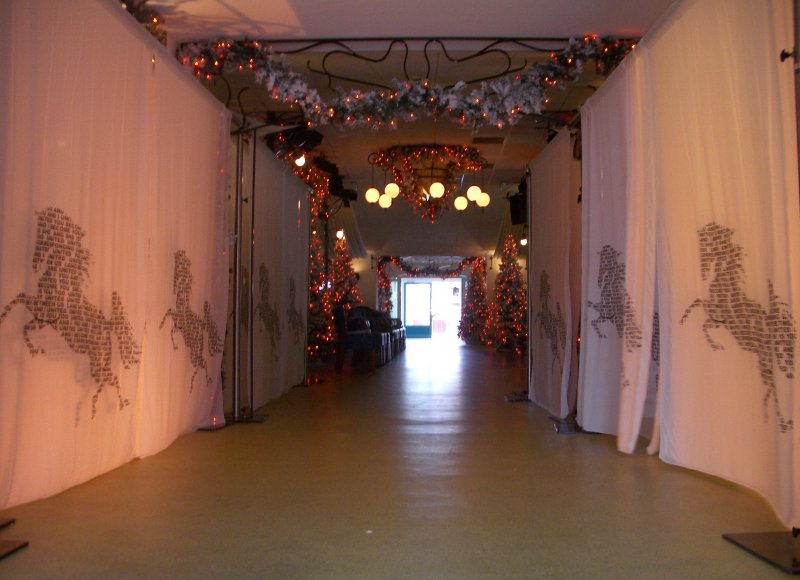 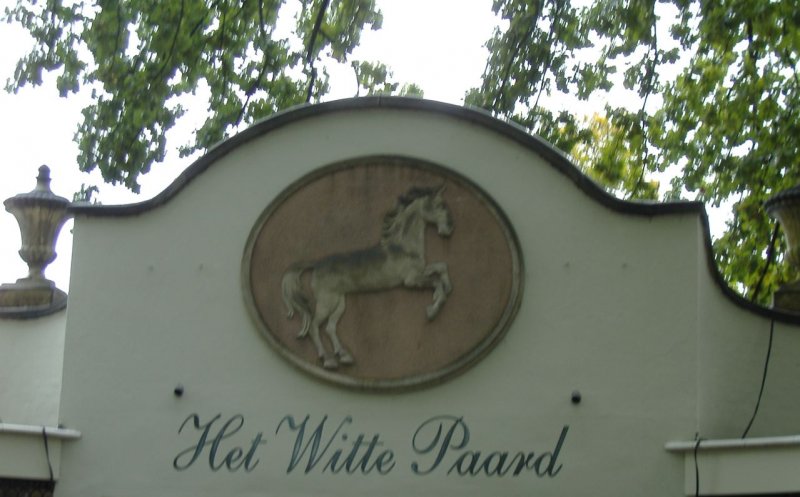 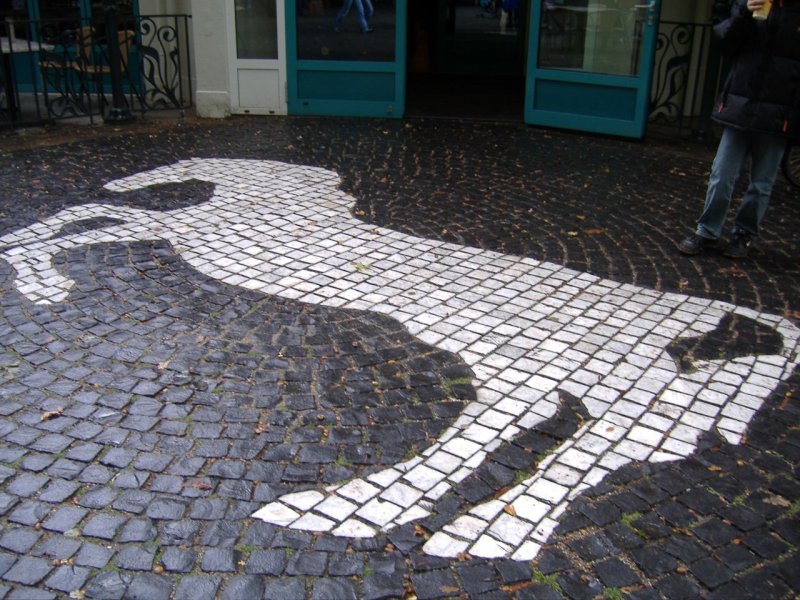 For the Dutch Agricultural project, the task was to transform the “Witte Paard” room of the Efteling. The existing symbol of the horse was the ideal chocie to work with. The horse symbolizes vital powers, love, devotion and the land itself. Text created with a cut-up technique, returned to the theme of the congress – unifying, and formed silouet of the horse. Printed on transparent fabric, the curtans were set in the room in pairs, and light fabric moved adding to the dynamics of the graphic. Ultimately the symbol expressed unity of all things, and as we in growing crops cast our eyes on the skys, the horse stands again in its mythical symbology – as mediator between Earth and Heaven.