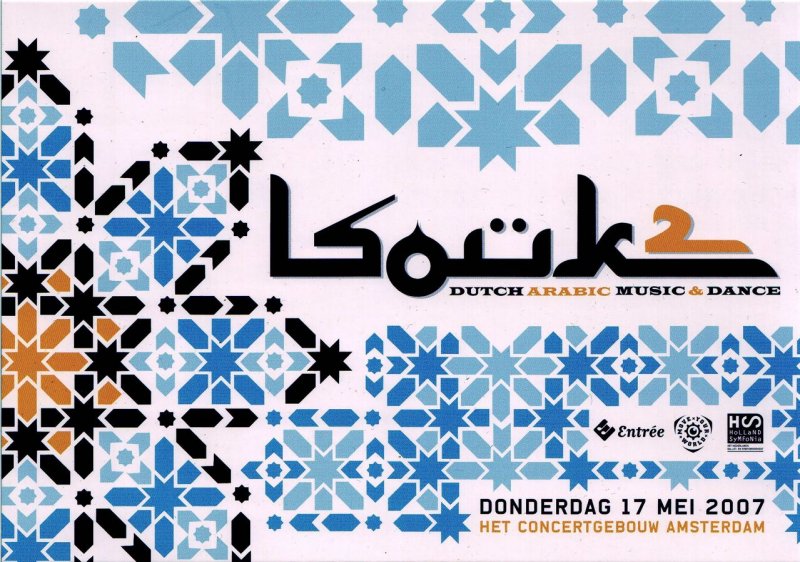 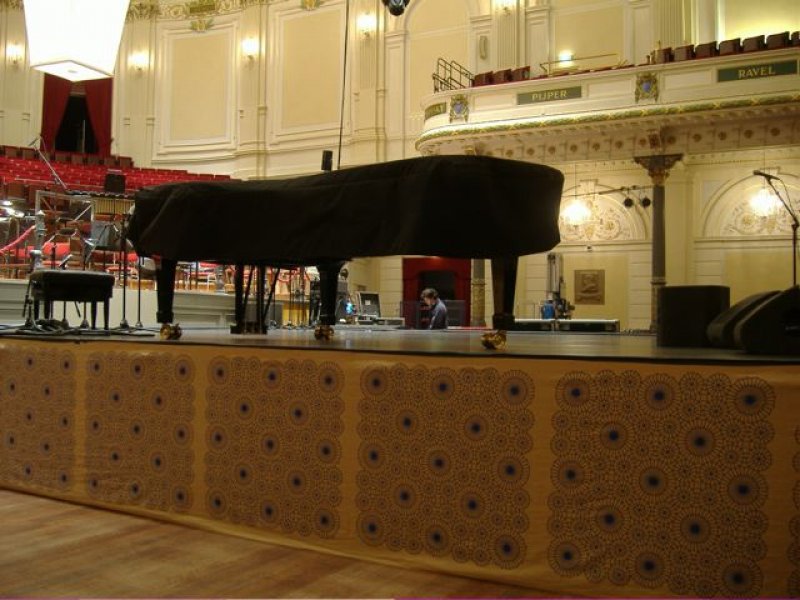 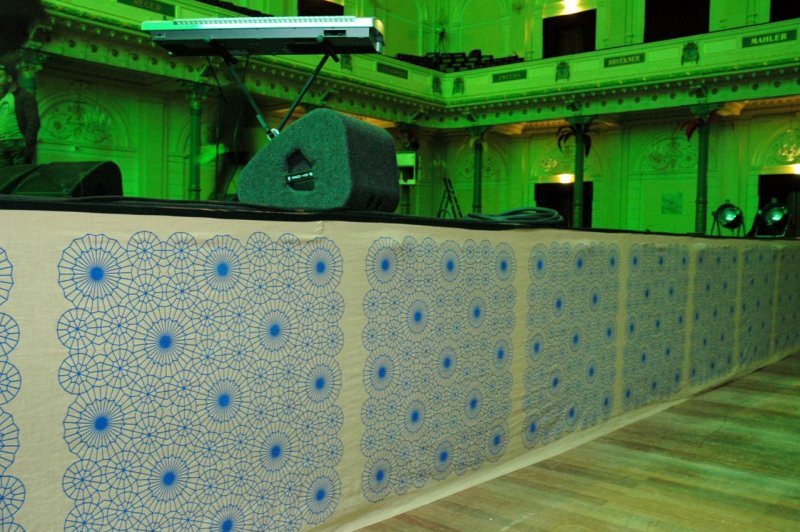 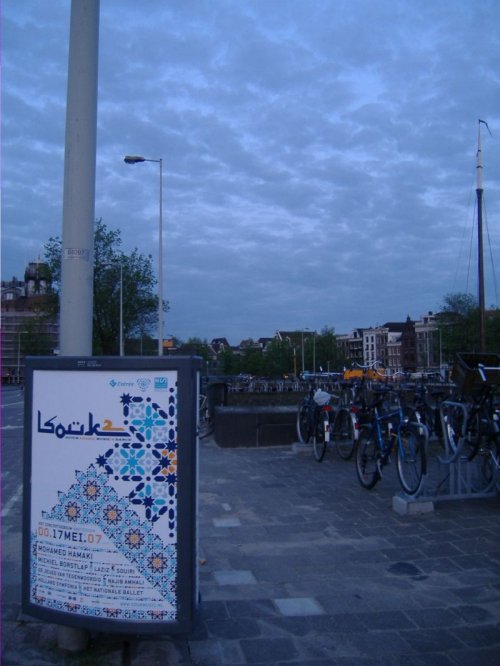 For the Dutch Arabic music and dance event, the task of dressing the main stage was executed in a screenprinting technique on linen. On natural shades of off-white, beige and orange, the print was made in cobalt blue color, evocative of its traditional use in both Dutch and Arabic arts. The beautiful traditional Arabic geometric pattern was chosen for its timeless modernity as well as optical effect. Under the stage light, star forms pulsated following the dynamics of music.